A student of Government Secondary School in Ikot Ewa, Cross River State, has been reportedly caught with a local gun she wanted to use and shoot a teacher who asked her to cut her colored hair. 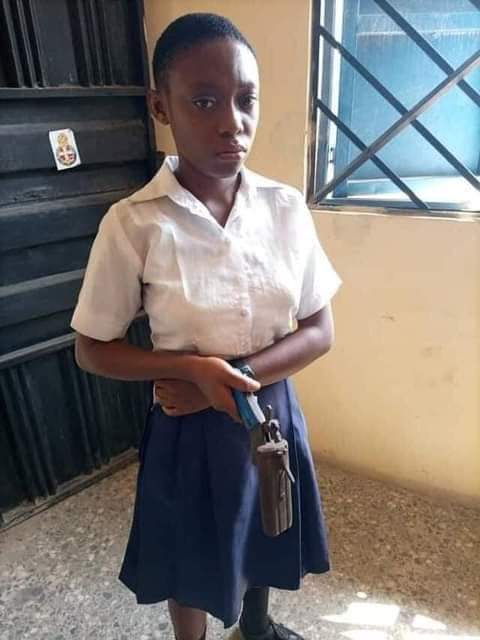 According to reports, the student who was asked by her teacher to cut her coloured hair was angered by this and the only way to express her anger was to show up at school with a locally manufactured gun. 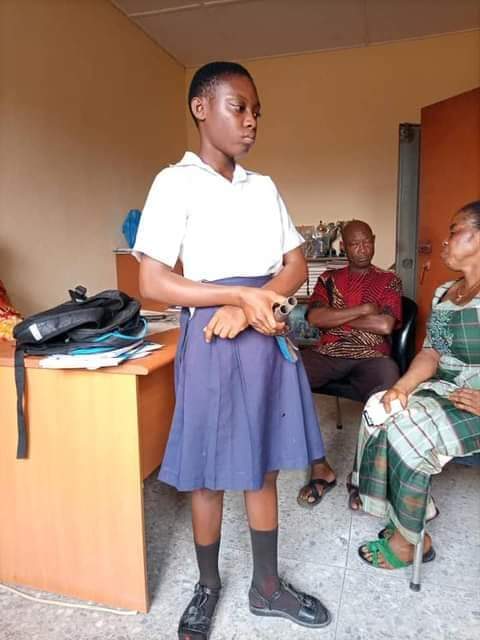 A Twitter user, @ValiantNig took to the micro-blogging platform and wrote “A student of Gov’t Secondary School, Ikot Ewa, Cross Rivers State went to school with a gun to shoot her teacher who asked her to cut her coloured hair”. 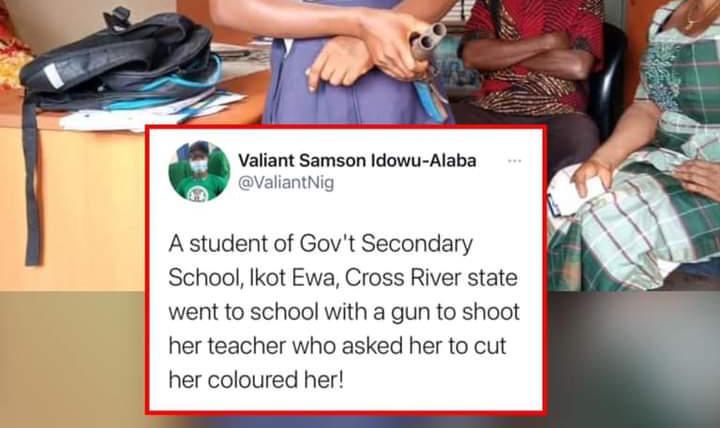